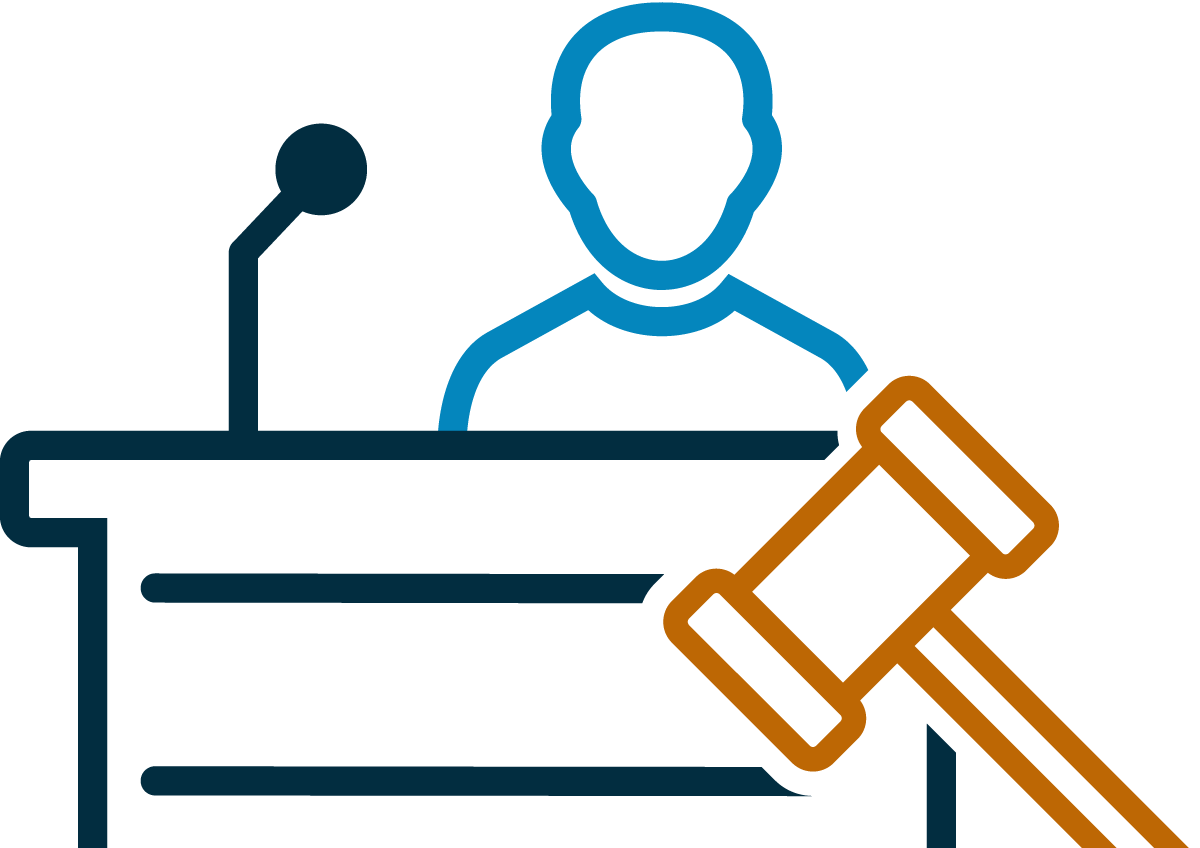 Find the hearings schedule and all evidence published by the Undercover Policing Inquiry, including witness statements and transcripts of hearings.

Information on preliminary issues which the Inquiry has resolved to enable its substantive investigations to progress can also be found here.

For information on core participants and specific undercover police officers, including anonymity applications, please see the ‘Who is involved’ section. 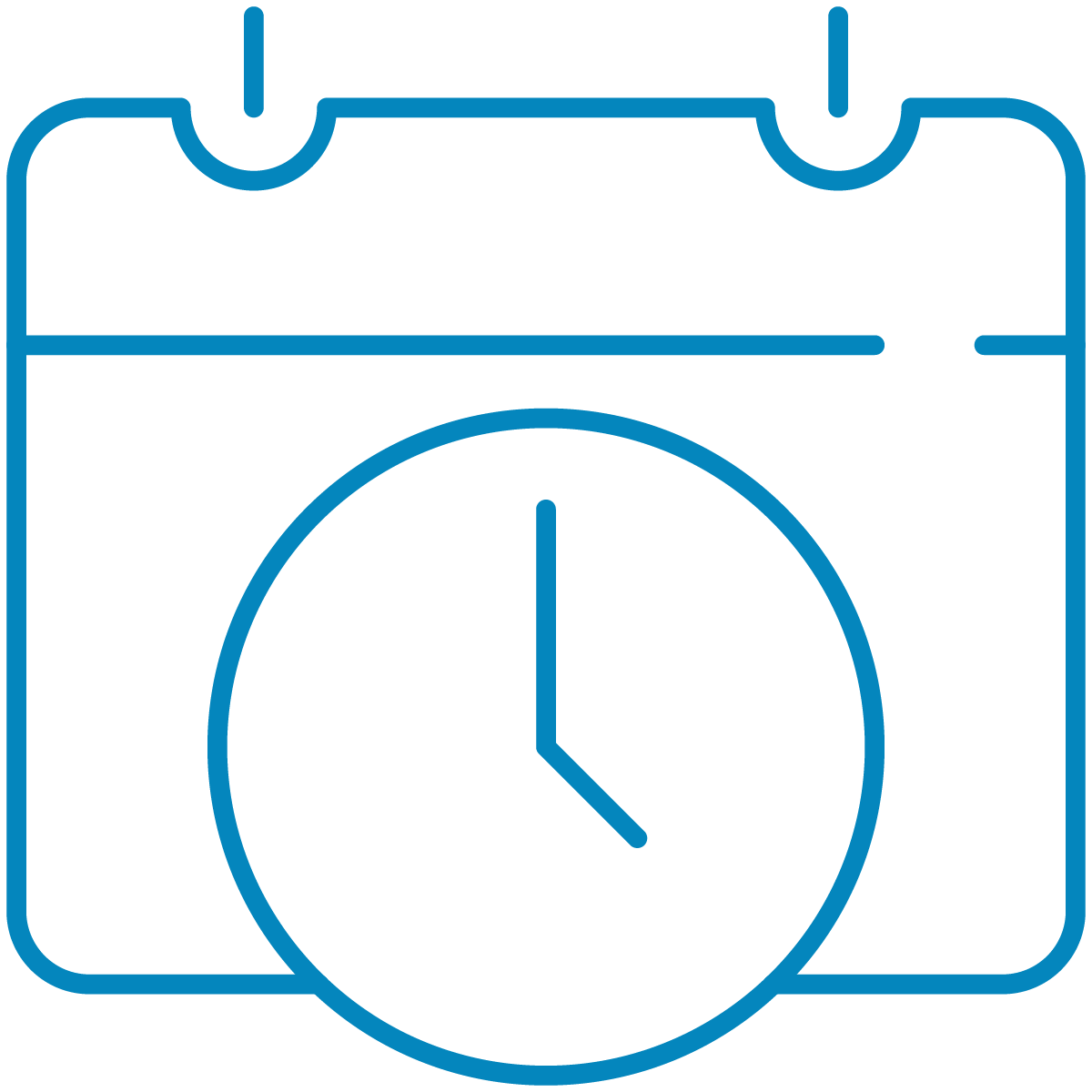 The Inquiry will consider the undercover policing activities of officers and managers and those affected by deployments in Tranches ordered chronologically. The Inquiry has split hearings for Tranche 1 into three phases.

In the Tranche 1 (Phase 1) evidence hearings, the Inquiry heard from undercover officers and non-state witnesses about the Special Demonstration Squad (SDS) – which was initially called the Special Operations Squad – between July 1968 and the end of 1972 approximately.

The Tranche 1 (Phase 2) hearings are occurring between 21 April and 14 May 2021. At these hearings, the Inquiry will hear from undercover officers and non-state witnesses about the SDS between 1973 and 1982.

The opening statements hearings will run from 21 April to 23 April 2021 and will be live-streamed on YouTube.

Further details, including links to the YouTube streams and information on registering for the Zoom webinar and attending the Amba Hotel, can be found on the respective hearing pages.

Dates for future tranches will be announced in due course.

In the normal course of events, a witness called to give evidence at open hearings will be expected to provide their evidence in public, in full view of those attending.

However, witnesses can request special measures to protect restricted identities or information, of because of their health or location. Special measures could include counselling, a hearing loop or giving evidence via a video-link.

On 7 April 2020, the Chairman issued a statement (PDF, 50.94 KB) in response to special measures applications invited from former undercover officers who will give evidence in Tranche 1, which covers those active in the Special Demonstration Squad between 1968 and 1982. Further background can be found in the accompanying press notice. 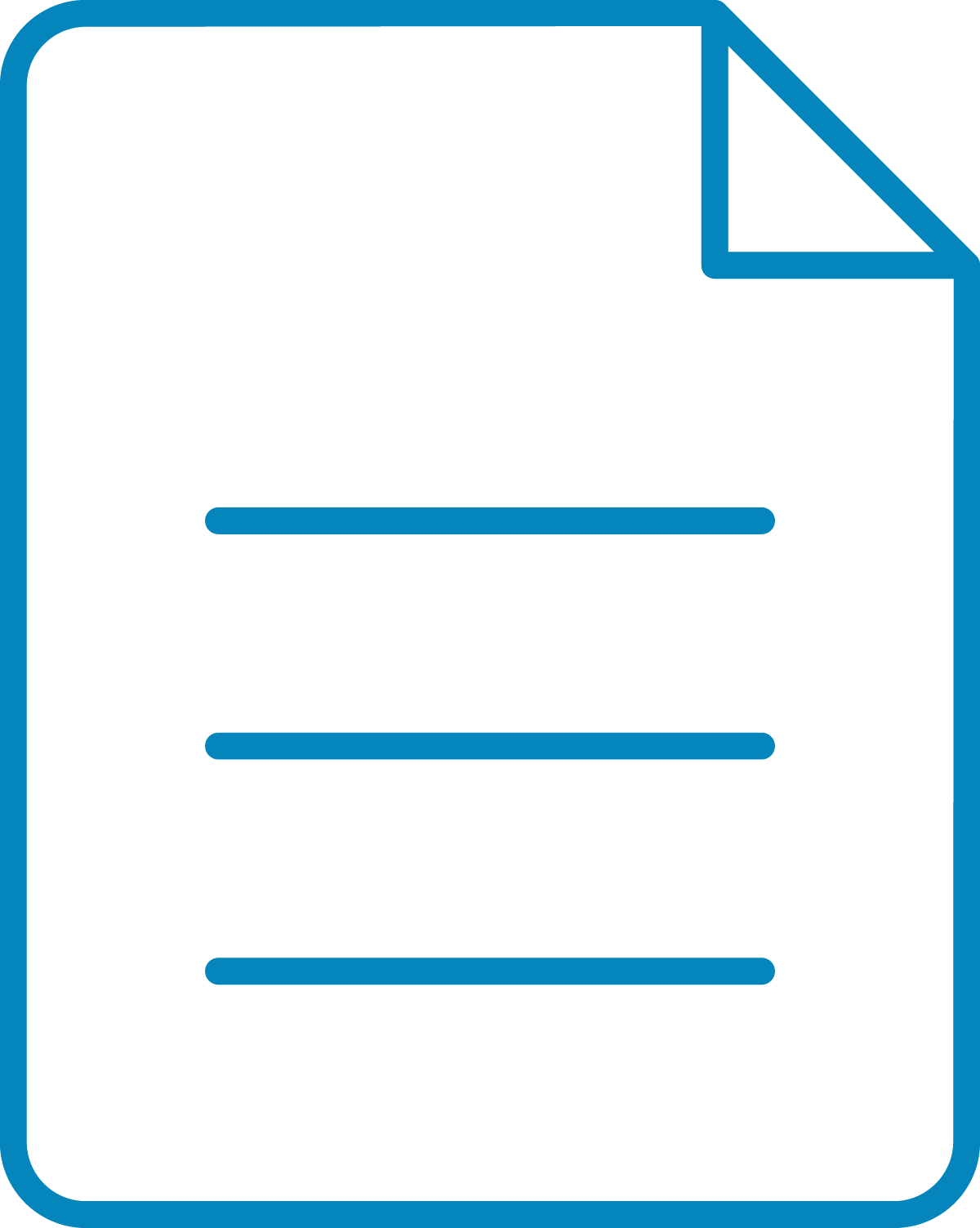 As a public inquiry, all relevant and necessary evidence that the Inquiry considers as part of its investigations will be published, subject to any redactions.

Before a set of hearings start, general documents – such as annual reports submitted by the Chief Inspector of the SDS to the Special Branch Commander – relevant to the upcoming tranche may be published.

During hearings, all materials associated with a witness are published, subject to any redactions, as soon as they begin their oral evidence. At the end of each day, a transcript of the hearing is published.

Materials associated with other witnesses and officers included in the relevant tranche but not giving oral evidence are published throughout the course of the hearings. 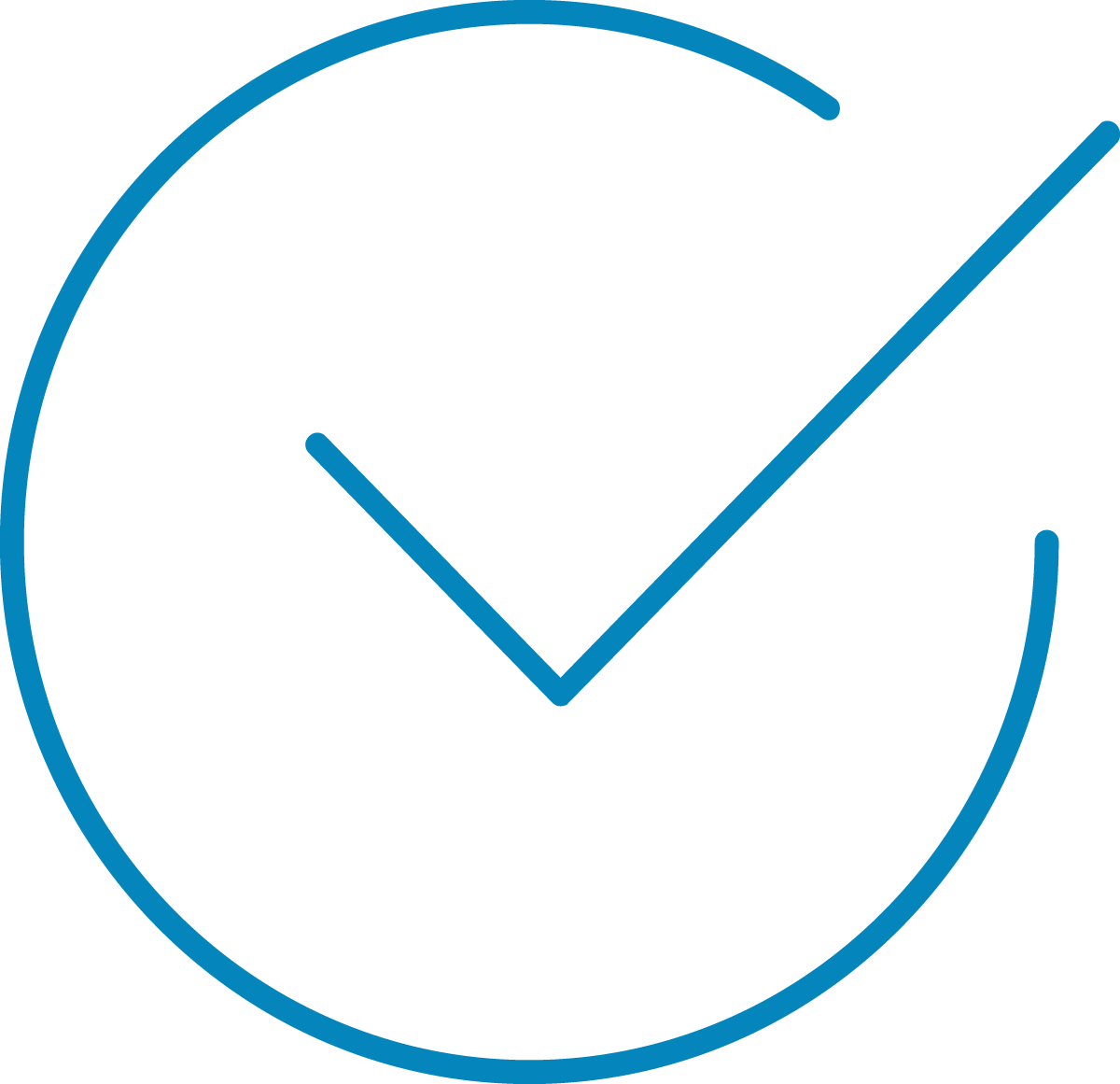 In order for the Inquiry to get to their truth of undercover policing and provide recommendations for the future, it has been necessary to resolve certain preliminary issues.

In coming to his conclusions, the Chairman sought and considered input from multiple stakeholders relevant to the issue in hand.

It is critical that documents held by the Metropolitan Police Service (MPS) that are potentially relevant to the Inquiry are adequately preserved. The Inquiry is working to establish where the MPS holds these documents and understand the steps taken to identify and retain them. The Inquiry has requested and received witness statements as evidence of these steps. Several of these statements, along with their exhibits, can be found on the publications page.

On 30 August 2018, the Inquiry invited all core participants and interested parties to share their views on how the evidence hearings should be conducted. The consultation (PDF, 283.9 KB) asked five specific questions:

Eight responses were received, with the views of state and non-state core participants of the Inquiry and the national media all represented.

Following a review of the submissions, the Chairman set out his preliminary conclusions on the Inquiry’s approach to the administration of evidence hearings in a statement (PDF, 1.6 MB) on 19 December 2018. A summary can be found in the Inquiry’s eighth update note (PDF, 170.33 KB).

The Inquiry’s Tranche 1 (Phase 1) hearings, rescheduled from June 2020, took place in November 2020. The hearings were virtual and conducted remotely. Further information can be found in the ‘November 2020: hearings round-up’ article. The arrangements for these hearing are not intended to be a template for future hearings. A directions hearing (PDF, 195.63 KB) to discuss arrangements for Tranche 1 (Phase 2) evidence hearings is scheduled for 26 January 2021.

This preliminary issue focused on establishing the legal principles upon which the Chairman would base his decisions on applications for restriction orders and the process of applying for and determining these applications.

A hearing took place from 22 – 23 March 2016, and the Chairman issued a ruling (PDF, 596.52 KB) on 3 May 2016. A consultation was then held on a proposal to change the process in December 2017. After reviewing the relevant submissions and witness statements, the Chairman issued a statement (PDF, 1.48 MB) outlining the updated approach the Inquiry would be taking.

Given the subject matter of the Inquiry and the high volume of relevant documents expected, the Inquiry anticipates many applications to restrict the publication of information from police bodies and government agencies.

To facilitate processing these applications and avoid the Metropolitan Police Service (MPS) and other state bodies needing to repeat identical submissions the Inquiry has adopted a system which uses generic documents to record grounds, submissions and evidence which it is anticipated will be common to many applications for restrictions. This will avoid unnecessarily delaying the substantive progress of the Inquiry.

The Inquiry’s approach is outlined in paragraphs 8-13 of the ‘Protocol for the Imposition of Restrictions to the Publication of Documents and other Evidence Produced to the Inquiry by the Metropolitan Police Service’ (‘the Restriction Protocol’) (PDF, 89.77 KB).

There is evidence that the identities of deceased children and other individuals were used by officers to create their undercover identities. This preliminary issue considers whether:

On 2 November 2016 the Inquiry Chairman issued a notice (PDF, 127.4 KB) inviting parents or close relatives of deceased children who wish to know whether the child’s identity was used by undercover officers to contact the Inquiry by 22 December 2016. A question and answer sheet (PDF, 127.1KB) was prepared to provide more information.

This preliminary issue concerns how to provide individuals with privacy, without undermining the public interest in the Inquiry being conducted as publicly as possible. The Inquiry has also had to consider the extent to which it has an obligation under the General Data Protection Regulations and the Data Protection Act 2018 to provide information to those whose data it is processing.

The Chairman has issued two statements setting out the Inquiry’s approach to disclosing photographs of undercover officers taken at the time of their deployment. The first (PDF, 135.94 KB) was published on 29 January 2020 and the second (PDF, 20.83 KB) on 7 April 2020.

In the second statement, the Chairman decided that:

This preliminary issue considers the standard of proof that the Chairman should apply to issues of fact that arise in the evidence given to the Inquiry.

The Chairman concluded (and the core participants agreed) that he should apply a flexible and variable standard of proof. This means that the starting point is whether it is more likely than not an event occurred (the civil standard), but certain instances may require certainty beyond reasonable doubt (the criminal standard).

This preliminary issue dealt with whether the Inquiry should invite the Attorney General to make an undertaking and, if so, on what terms.

This was deemed necessary for the Inquiry to fulfil its objective to get to the truth of undercover policing. Without this protection, a witness might choose not to answer a question.

Further information on undertakings can be found in the FAQs.

The Inquiry requested the amendment for two primary reasons: in order for the Inquiry to fairly examine whether any justification for deployment of an undercover officer was sufficient the Inquiry will need to consider the activities of the individuals and/or groups targeted including their previous convictions and the circumstances ancillary to their convictions which were known by the police at the time of determining whether the deployment was justified. In addition, the Inquiry needs to be able to look at the circumstances surrounding a conviction in order to determine whether any convictions were unsafe due to the unknown involvement of an undercover officer. 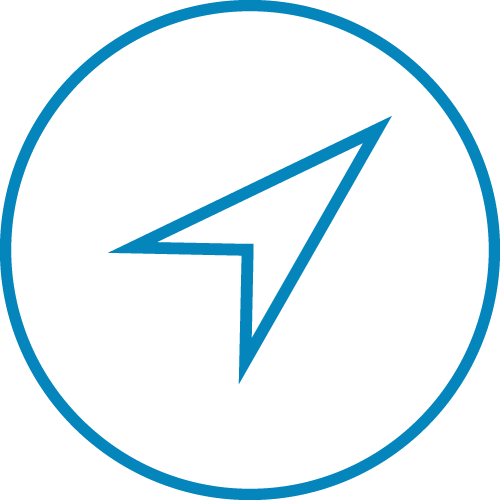 Issues lists identify the focus and direction of the Inquiry’s investigations. Four have been published to date: 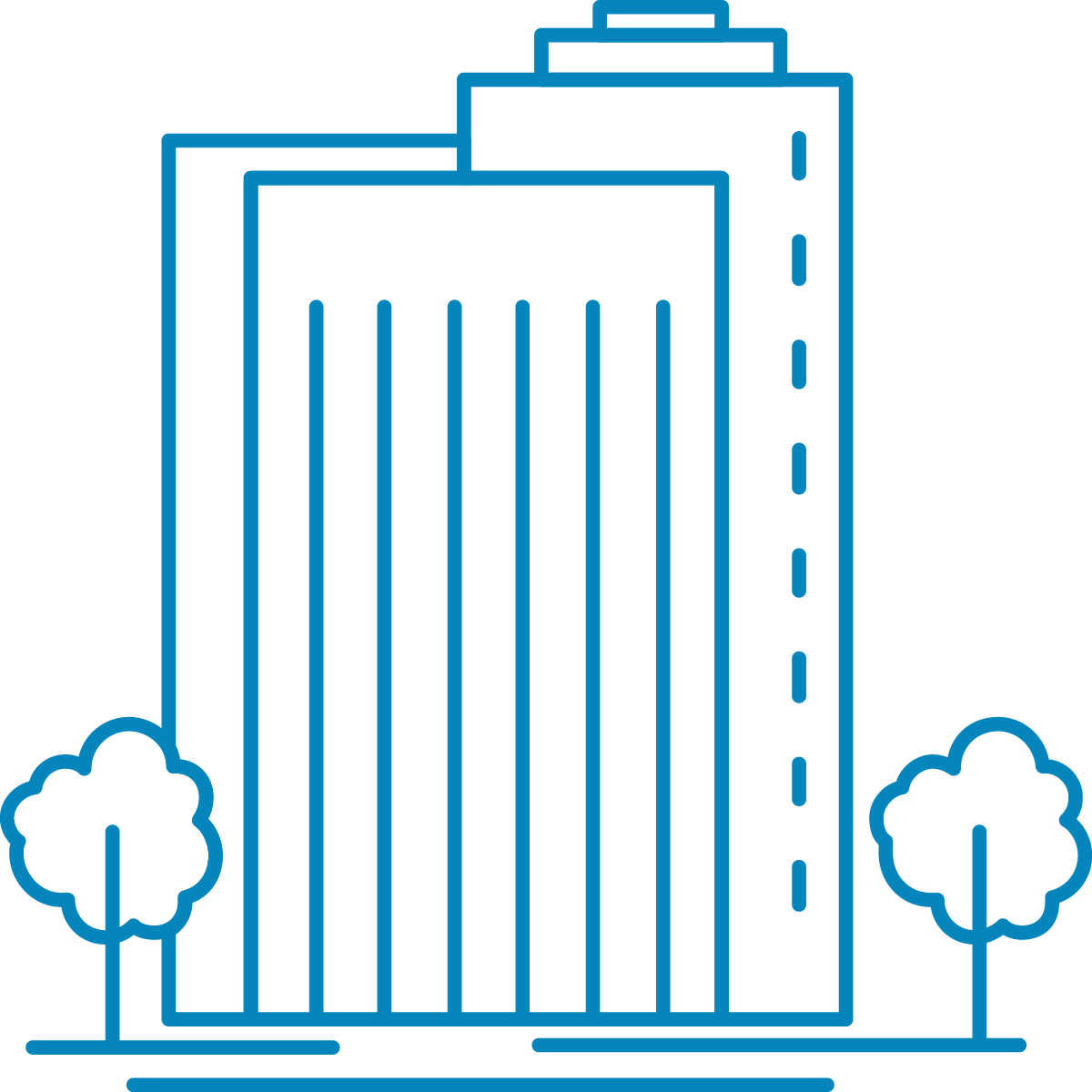 Future open hearings that are able to happen in-person in a hearing room are expected to take place at 18 Pocock St, London, SE1 0BW. This is the hearings venue formerly used by the Independent Inquiry into Child Sexual Abuse.

Read more in our hearings protocol.

To date, all open preliminary hearings have been held at the Royal Courts of Justice.

Those attending any preliminary hearings at the Royal Courts of Justice should note that security checks are conducted and the following restrictions currently apply: